The Coastal Bend Bays Plan has served as a regional framework for the management, protection, and conservation of Coastal Bend bays and estuaries for 20 years. 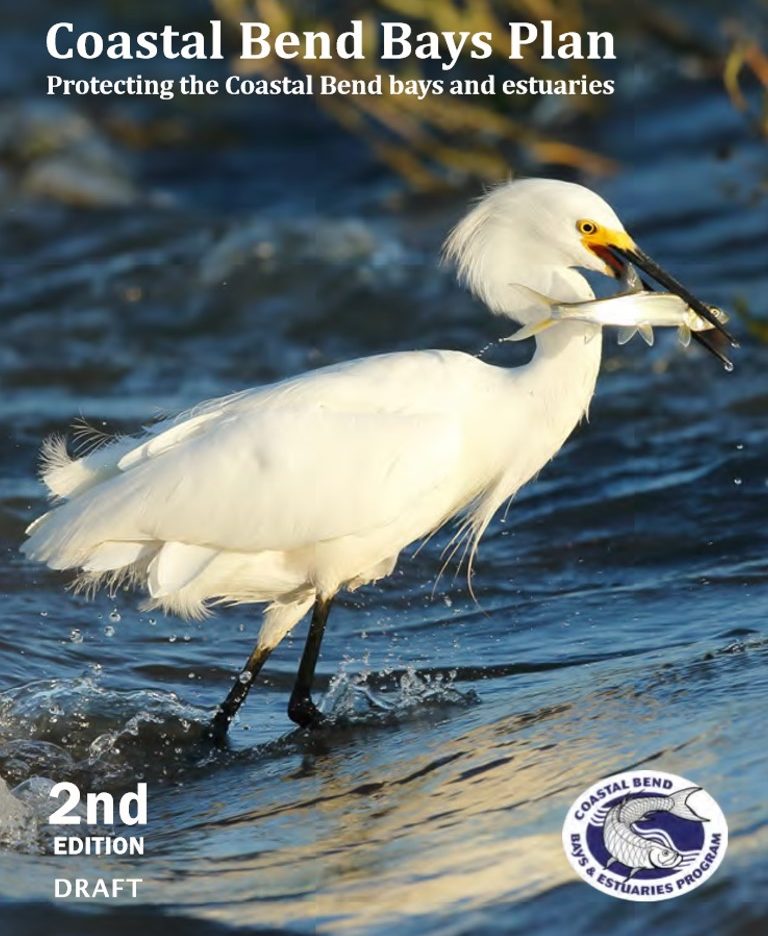 A consensus-building process was used by local stakeholders to collectively design and create a plan that represented their diverse perspectives and interests.  Year after year, the Coastal Bend Bays & Estuaries Program (CBBEP) and its partners have been translating  The Bays Plan into actions and projects that have resulted in a Coastal Bend with cleaner water and sediment, healthier habitats, greater public access, and a more aware and engaged public.

Despite the progress that has been made, many of the same issues still remain and several new challenges have emerged, such as the impacts of climate change. The CBBEP recognizes that its action plans cannot remain static and must be modified to respond to the changing needs of communities, incorporate new programmatic, scientific, and technological advances, and address new environmental challenges.

In 2016, the CBBEP initiated a new collaborative effort to revise The Bays Plan  in order to incorporate developments that have occurred since the previous plan was drafted and to ensure that new priorities are being addressed. The goal of the revision process was to produce The Coastal Bend Bays Plan, 2nd edition , which meets the current and future needs of stakeholders in industry, local government, academia, and resource management and can be used for years to come.